See you next in:

Half a year without a post. I wish I had kept this updated more over the past several months, but in the meantime a very blog-worth update:

It's crazy to believe that I already have my second tour assignment(s) and things are planned out for me until 2016. After leaving Khartoum next summer, I'll be at the UN General Assembly in New York for 4 months before Chinese training and two years as a consular officer in Hong Kong! This was my #1 bid and I am pumped, despite already wondering what sort of crazy pills I must be on for choosing to learn Chinese, which will be my full-time job for 8 months.

Not only was I lucky to have a vibrant colleague here in Khartoum (who also got her #1 and better get her guest room in Milano ready for my visits), I'll be serving in the consular section with yet another 160th-er in Hong Kong!

In the meantime, I'm going to try to keep my focus here in Sudan, where there's a lot of good, challenging, important work to be done and fun times to be had with the awesome people here.

I still feel like I just got here at times, but it looks like it's already time for my first Rest & Recuperation trip. The State Department knows that living in difficult places is, well, difficult, and so giving us a break from the hardship now and then helps us come back and do our jobs better. Khartoum is especially difficult in the eyes of State, so we get 4 R&R trips over the 2 years here (compared with 2 in most other hardship posts - not including Iraq/Afghanistan/Pakistan).

So, only 5 months in to my tour here, I'm already jetting off to the motherland. It's especially odd because some of my A-100 classmates are still in training at FSI, having not even started their first tour yet. In my five months here, I've done political, consular, managed visitors from DC, and gone on trips in country. The past couple of week here have been incredibly busy, with so many of our embassy colleagues gone for the holidays but with just as much- if not more- going on. Needless to say, I definitely feel ready for this vacation!

Ciao, Khartoum, see you in a couple weeks!
Posted by Sarah at 9:20 AM No comments:

(now with corrected pictures)
It's hard to believe 2011 is already coming to a close. It's crazy to think that in the last year I've gone from being a poorly paid intern at a DC non-profit to U.S. Diplomat in Sudan. I think that's pretty good progress for one year, don't you? So here's a quick round-up of the excitement i've had over the past 12 months:

January: Interning in DC, dreaming of joining the foreign service, and studying Arabic to get some bonus points on the register.

February: A-100 invite! Flipping out excited. Time to move into DC, buy some suits, and finish up my job at NDI.

March: Quick vacation to Guatemala, then started my foreign service career with the amazing, vibrant 160th. In awe at all of my new colleagues, as we sit through lectures, practice speeches, and fantasize over the bid list.

April: It's Sudan! A-100 flew by, and now I know that I'm off to Khartoum for the next two years.

May: Pol/Econ training was great- because I actually had no idea what my job entailed before then. Starting to get really excited about doing political work in Sudan.

June: More training, first vibrant colleagues jet off, and I'm busy applying for my black passport and visa. Getting to spend lots of time with my amazing 160th friends and colleagues.

July: My departure date gets postponed, a learn about the wonders of consular work, and hear great updates from my 160th friend that already made it to Khartoum.

August: Embassy Khartoum, I have arrived! Khartoum is way better than I expected, and I jump right into pol and consular work.

September: I get to be acting consular chief for two weeks and manage to not cause any international incident. Really made me appreciate the amazing local staff we have at the embassy here.


October: I'm settling in to work, and get to go on my first trip to Darfur! Month ended with an excellent halloween party. 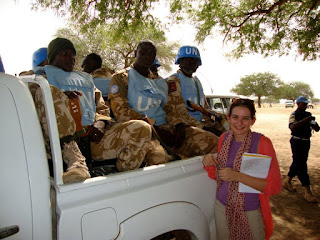 November: Vacation season is here, so off to Egypt for a week, then Dubai for Thanksgiving. Its refreshing to get a change of scenery and a frapuccino. The marine ball was a big success and fun to celebrate with our small corps of MSGs. 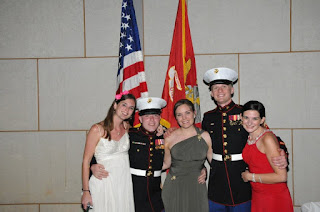 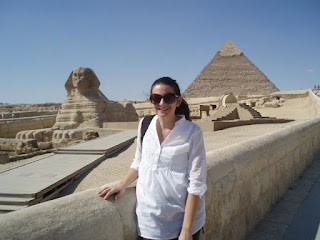 December: Work is in full gear, with visitors, meetings, and trips fulling up the schedule. I get to go to Juba, South Sudan for work and visit our colleagues at the newest US Embassy. Although people are heading off for vacation, we're just as busy as ever here- the joy and downfall of working at a high-priority post.

I really liked this post by Alex over at travel orders. Off on my first business trip in the morning and too busy to write anything insightful, so I'll just leave you with the link:

Nineteen months after I took the first step to becoming an FSO, I am now going to be the proctor tomorrow for the very same Foreign Service Officer Test (FSOT) tomorrow. It's a fun feeling to get to be on the other side of the table, and watch as some more people start their journey to the Foreign Service. Hoping that Embassy Khartoum has a strong showing tomorrow.

Today we had a short memorial service at the embassy.

With such a young embassy, many of us grew up, and most of us started our careers  after 9/11.

I wonder if I would still be doing this if it weren't for that day. If I would have developed any interest in U.S. foreign policy.

It was nice to be surrounded today by so many people dedicated to the country, so many who will put themselves in harms way in order to serve. Today I'm just proud to be American and to be a representative of my country.

After almost 4 weeks in Khartoum, and a particularly crazy day today, I figured it was time for an update. It's hard to write one entry covering everything here so far, but I'll do my best to give a quick recap.


My very first evening here I saw many of my colleagues half-naked. The pool is the hub of social life in Khartoum. Still jet lagged, I made the social rounds at pool volley ball and trivia. I even ended up meeting the Charge d'Affair (no ambassador in Khartoum) and didn't realize who it was till a few days later.

Because of the generally small community here and security restrictions, your colleagues at Embassy Khartoum also quickly become your friends.  And I can't complain about that at all, cause the people here are generally great. Back when I was bidding, I told my CDO that one of the most important factors to me was having a good social scene and morale at post- and Khartoum is the place for that. Since it's a no-dependents post, most of the people here (both at the embassy and in the rest of the expat community) are young and single, which means a lot of people in the same boat as me. I was worried about getting a post where, at the end of the day, everyone goes home to their spouse and kids for the evening, but here it's happy hours, parties, pool time, and restaurant outings.

Since then, there have been many, many other pool days. Last week was an unexpected week off for Eid, and while I was in the office almost every day, I also made it to the pool almost everyday. I also went with a couple of the girls to get henna, and have just learned that I am allergic to bad quality henna. Looks great, itches like a snitch.


Khartoum itself is way better than I imagined. Despite the fact that the road I live on is unpaved, there is a lot of infrastructure in most of the city, tall, shiny buildings going up, and a busy and large population here. I arrived during Ramadan, which meant the city was pretty slow and shut down for most of the day. Now that it's done, things are livening up a bit and I'll finally get the chance to go out and explore more.

What never shut were the "fancy" places in Khartoum. Believe it or not, there are a few (very few) hot spots around town where you can get a croissant and a latte, fresh olive focaccia, italian food, and be comfy and air conditioned. The clientele at these places is almost entirely expat, due to the prices, and in former times I would have felt guilty about doing something so clearly designed for a non-Sudanese audience. No more. I embrace the latte. (And I have a 3x/week housekeeper. Who am I?)


Of course, the reason I'm here is my job. But lucky me, I have not one, but two jobs at the moment. Before I arrived at post, I was warned that the only Consular Officer would be on R&R shortly after my arrival, leaving me as Acting Consular Chief. So yes, lil' ol' 3-weeks-on-the-job me is running the Khartoum Consular section at the moment. I was able to learn quite a bit before the other consular officer left, and the local staff here are absolutely amazing (and know how to do my job better than I do), but it's still a bit nerve wracking to be in charge. Interviewing for visas is hard enough (already I've made people cry, second-guessed my self for days, and, today, someone threatened to sue me...), let alone dealing with destitute Americans the need to be repatriated, organizing visas for high level officials to go to the UN General Assembly, handling all the accountable items, and taking care of a second country (Juba doesn't have real consular capabilities yet, so everything from South Sudan still mostly gets taken care of through us).

Jealous yet? Well, don't forget, I'm not actually working as a Consular Officer in Khartoum, I'm a Political Officer. And it just so happens that my portfolio is making headlines. And the human rights report is on the table.

And did I mention I've only been here 3 weeks?!

Overwhelming is one way to put it. But also really, really exciting, enjoyable, and generally cool. My boss is great, a very good teacher. As I said, the local staff here are lifesavers. And having the social support network seals the deal.

It's been a bit of a whirlwind so far, but no complaints.

Sarah
A member of the 160th A-100 class looking forward to the amazing adventures that are about to unfold.